An Instagram Chronology Of My Obsession With 90s Fashion 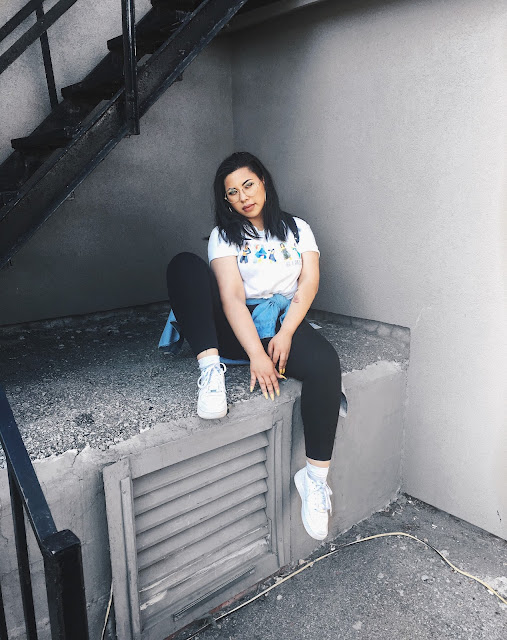 I woke up this morning feeling particularly nostalgic and decided to wear this Spice Girls tee and denim shirt around my waist. I ended up really liking this photo that my best friend Kory took of me which inspired me to creep myself on the gram and reminisce on the days when dressing very blatantly like I was from a different decade was kinda my thing.

Needless to say, I ended up scrolling all the way back to my very first Instagram photo from 2012. It was a different time, a simpler time, a Tumblr a time, a username @deelishusss time. I decided to screenshot some of my favourite moments and share them here since most were posted before even the inception of Regal Rubbish.

Keep reading to laugh at some borderline costume status outfits and read their accompanying un-funny anecdotes. ;)

November 2012
Dee joins Instagram and composes the most boring caption of all time. This was taken in the bathroom of a bar in Toronto called Sneaky Dee's (no relation) that I for some reason used to frequent at this time in my life... I still wear this vintage early 90s Levi's jacket all the time. 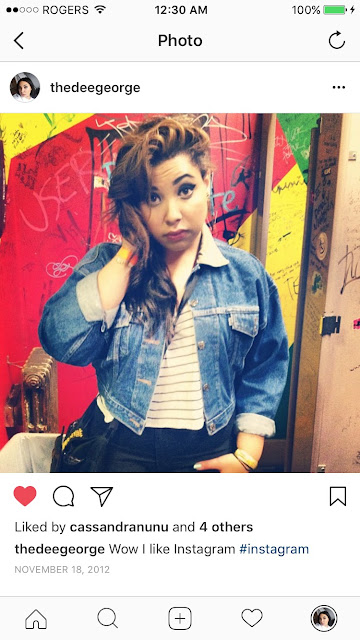 January 2013Dee does not understand the concept of hashtags. I was working at American Apparel which at the time was 80s/90s fashion nostalgia heaven. We also got hella free clothes all the time, so I was basically your hipster dream girl... except not really, like at all. 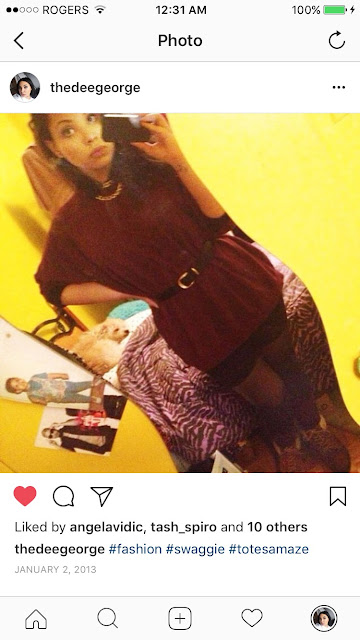 February 2013
I wore this grunge inspired outfit to an early morning university lecture and for some reason decided to include #codysimpson in the caption... 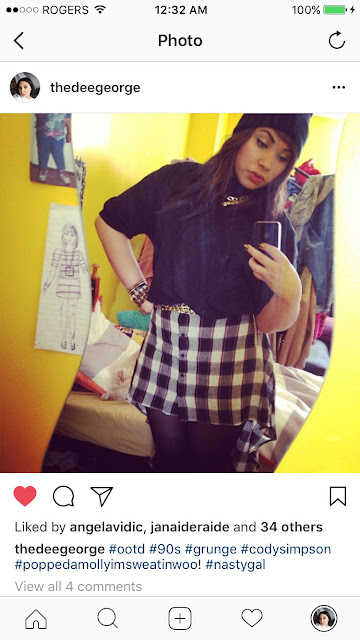 May 2013
Dee attempts a flat lay to share some oversized satin pyjama tops inspired by the TLC "Creep" video, a total 90s classic. Thank God for VSCO cam or I might still be editing my photos with this weird sepia filter... 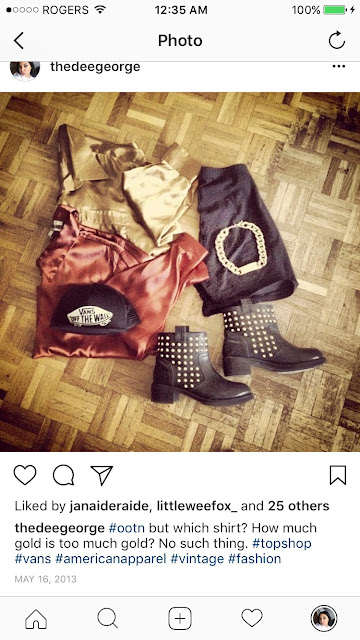 January 2014
I still think this outfit is so cute but I don't think I will ever in my life go out in public wearing something this cute and girly ever again. I'm sure nobody will fight me on that decision. It's low key embarrassing but I can still look back at my over-the-top @deelishusss era with nostalgia. 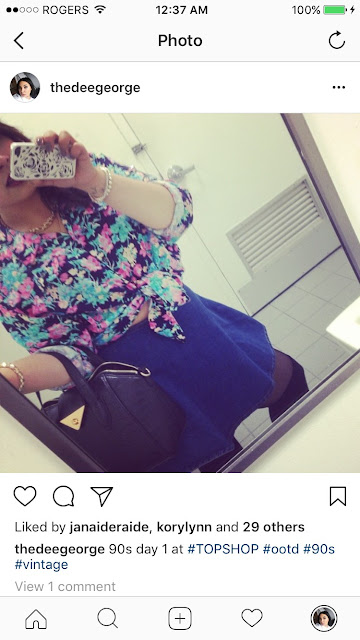 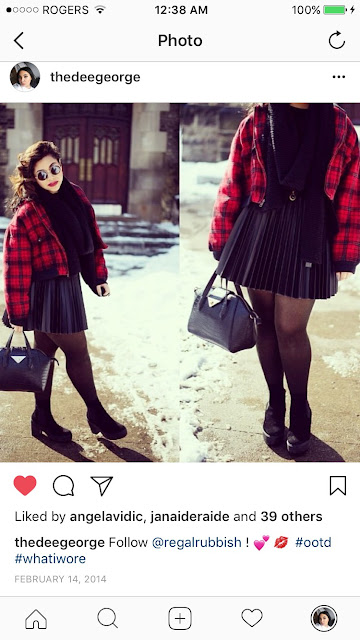 March 2014
The story about this outfit is kind of funny. I had told a few coworkers about my idea to pair a pink fluffy sweater with a vinyl skirt and how excited I was to wear the look. Unfortunately one of them decided to steal the look and take credit for it before I could get the post up. It's all good though! No shade! Imitation is the sincerest form of flattery. ;) 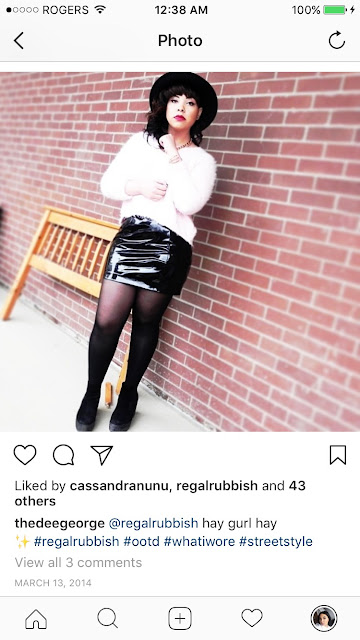 June 2014
This outfit was so cute! I wish I had more than this one poorly lit selfie (featuring a very 90s phone case) to show for it. This was taken in my very first apartment where the ceiling was so low that my head would touch it when I wore my Jeffrey Campbell Litas. I'm only 5'4. You do the math... 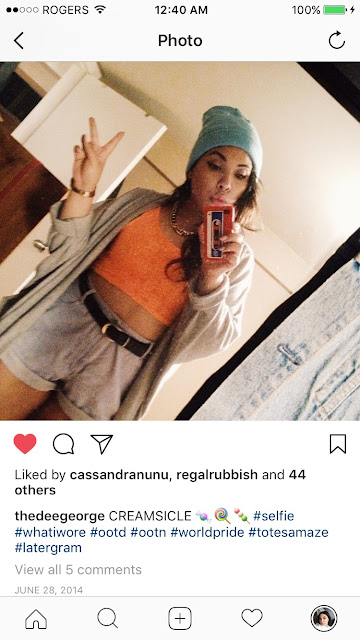 April 2015
I remember wearing this outfit to work and being super uncomfortable with all of my coworker's comments and concerns about how #extra I looked. We shot this on the back wall of a church but I love the retro school yard vibe it has. OG post here. 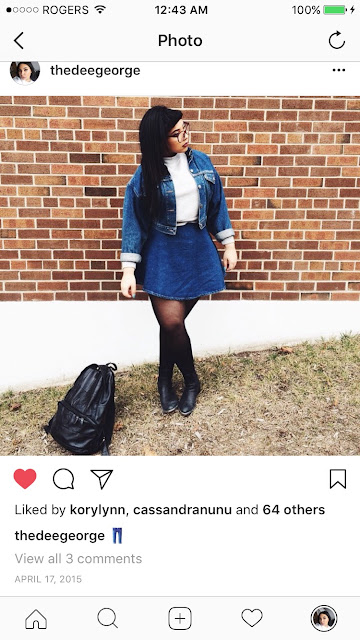 August 2015
This one's not my proudest moment. I'm not sure why I thought dressing like a soccer mom would be a cool thing to do. I am pretty proud of the blog post that accompanied this photo though, which you can read here. May 2016
This was around the time when I started to adopt a more minimal streetwear vibe while still holding on to my retro sensibilities. 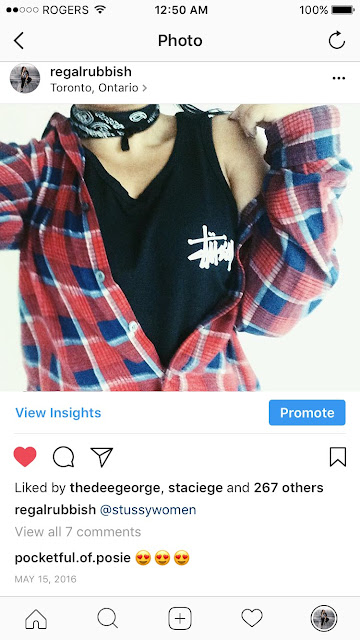 October 2016
I dressed up as my favourite 90s cartoon character for Halloween. Arthur, duh. Also my mom threw a bunch of her vintage clothing (including this yellow sweater) in the garbage and I freaked out, ran outside in the rain and rummaged around a bunch of trash to retrieve the 90s gold. I am who I am. 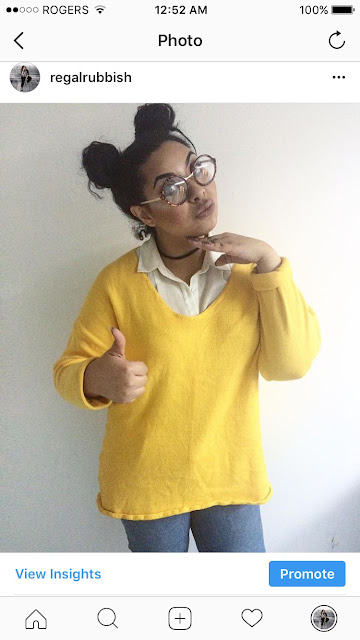 May 2017
This is the same $5 wholesale Gildan tee that the Kanye West Pablo merch is printed on. Also, I made a du-rag. 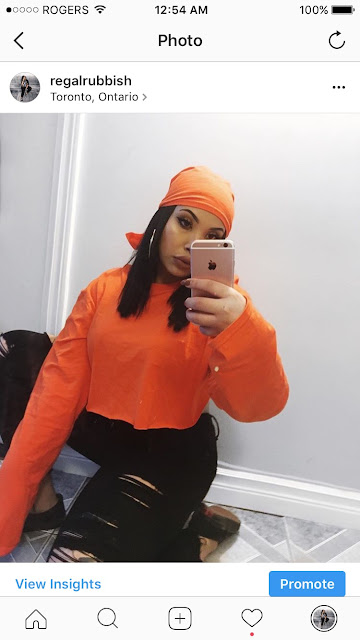 Present
Finally, we arrive back at the photo that inspired this post. My aesthetic these days is definitely not as wholeheartedly retro as it once was but sometimes I wake up in the morning and just feel it in my bones! 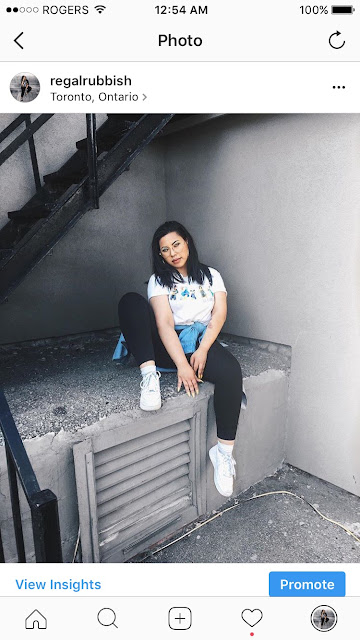 If you made it through til' the end of this post, shout out to you. You the real MVP.