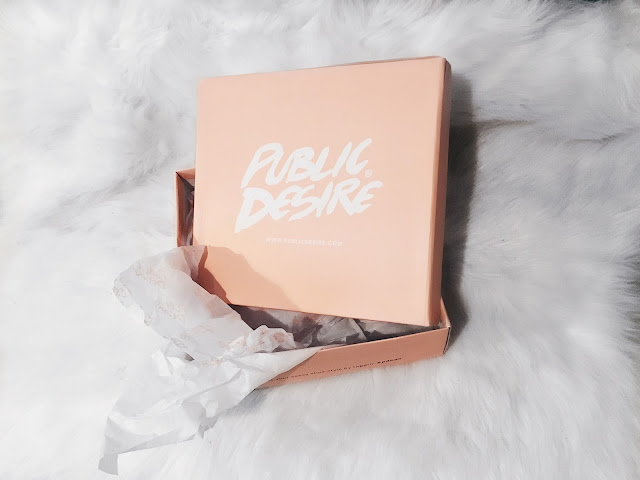 If Public Desire is not yet on your radar, do you even internet? They're a UK based e-commerce retailer whose shoes you've probably seen on every Instagram girl from coast to coast and beyond. They're most famous for offering designer "inspired" footwear at a hella reasonable price. If you're not about to foot the bill for Yeezy, Vetements, Louis or Gucci, but you're still trying to stunt and look bad and boujee on 'em, Public Desire has got you covered.

I love a bargain, but if there's anything my background as a retail buyer in the footwear world has taught me, it's that for the most part, you get what you pay for. That did not stop me however, from trying out a couple different Public Desire styles. Keep reading for photos, details and my honest thoughts on my picks!

I was super impressed with how quick the shipping was. They charge a flat rate of £14.99 for standard shipping. It took less than a week for them to arrive, which is crazy because they are basically coming from the other side of the world. It was definitely a pleasant surprise. The boxes were a little bit banged up and bent out of shape upon arrival but the shoes inside were in perfect condition and packaged meticulously, which is what really matters, amirite!? 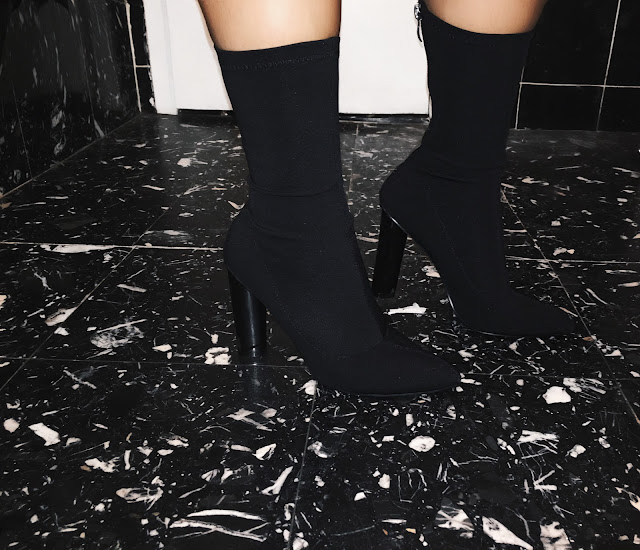 I picked up this sock boot because I wanted a boot with a Yeezy vibe. I wear sneakers pretty much every day, so when it comes to heels, I'm usually not down to spend a bunch of money because chances are, they'll only get worn out of the house once every couple of months, let's be real.

They had tons of similar styles to this boot in different colour ways and fabrics. I steered clear of anything in "faux suede" stretch microfiber because in my opinion, that material makes all footwear look cheap. I also avoided anything with a stacked wood heel because a fake stacked heel will also always make a shoe look cheaper. Just a couple shopping tips if your goal is the same as mine, which is to look expensive without spending a lot of money.

These are great because they're lightweight and there's nothing on them material wise that's pretending to be something it's not. They've got great stretch, so they'd be very accommodating to different leg sizes. I wouldn't recommend these to someone with a thinner leg, as my legs are quite short and chunky and I experienced some buckling in the back due to extra room around the ankle. There's a good chance you won't get a fitted look with these boots if you've got thin calves and ankles. The zipper in the back is another great feature so you don't have to struggle to pull the boot on like with other sock style boots. They definitely run true to size. I bought a size up from my usual, which is something I like to do if a shoe has a pointed toe. I probably would have been better off had I not sized up, but I'll still make it work. 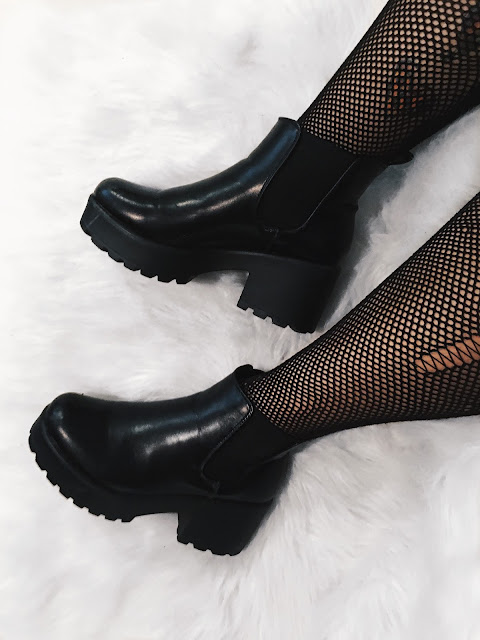 I decided to pick these up since I haven't heard much talk about their more casual styles. That, and I've been looking for a new low, chunky boot for a while. These definitely run small. If you're going to order these and plan to wear them with a full sock, you'll definitely want to size up. Other than that they're super comfortable. I've worn them out and about in situations where I've had to be on my feet for hours and they basically are as comfortable as a pair of sneakers. It sucks that I won't be able to wear them with chunky socks during the colder months but for a spring/summer boot, they're bomb. They've broken in quite nicely as well which makes the faux leather look a bit more genuine. Speaking of the leather, the material is definitely different from what is pictured on the website. It's much shinier and has less texture. I think this is something important to note because the shinier material looks a lot less passable as being real leather than what was pictured on the website. All in all though, I'm really happy with these boots.

My final thoughts? For the price, the quality is good, but you need to shop smart and do your research. Check out what other girls online are saying about the sizing, comfort and quality of the specific styles you're looking at, because there were a couple inconsistencies.  For comfort, they get an A+ from me. The Aria boots are actually more comfortable than some designer boots I own. They also have a sweet loyalty program where you earn money towards your next purchase on every transaction. Would I shop with them again? Hell yeah!

You can shop their full selection at PublicDesire.com.